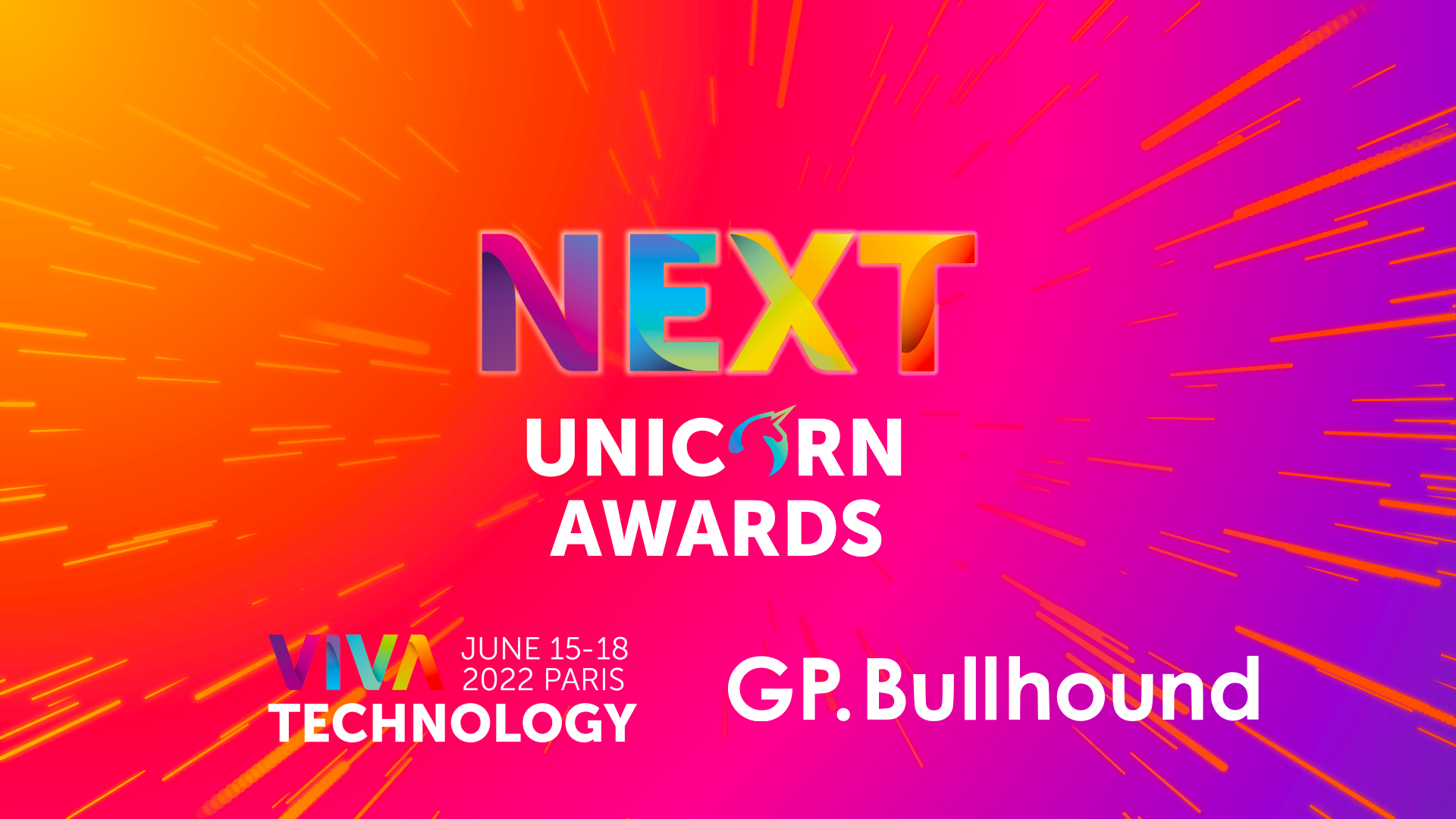 Paris, 16 March 2022 Viva Technology in partnership with GP Bullhound today released its 2022 "Top 100 Next Unicorns", its annual list of the 100 most promising scale-ups in Europe (including UK and Israel) - having the attributes to reach a potential valuation of USD 1 billion or more, in the near future. According to the 2019, 2020 and 2021 lists, more than 40% of the nominated companies have already become Unicorns to date!

This list was compiled by Viva Technology, the biggest startup and tech event in Europe, in partnership with global technology investment bank GP Bullhound, with the support of Capgemini Ventures, European Innovation Council, White & Case and with contribution from five of the world's most reputable investment funds:  Accel, Balderton, Eurazeo, Northzone and Partech.

Julie Ranty, Managing Director of Viva Technology, said: "Once again, this year’s Top100 scale-ups list demonstrates the extraordinary potential of European technology. Selecting only 100 potential future unicorns is becoming more and more challenging each year given the exponential trajectory of European startups between 2021 and 2022. Our mission at VivaTech is to support the emergence of European digital champions. We are delighted that more and more startups putting sustainability at the heart of their challenges and their model are part of the top 100.”

Manish Madhvani, Managing Partner at GP Bullhound, commented: “The European tech ecosystem is a force to be reckoned with, and the pandemic has only further solidified its status as a maturing sector competing on the global stage. We want to spotlight the firms that are fuelling this unprecedented innovation. In 2021 alone, the value of Europe’s tech unicorns has almost doubled, driven by the active public market landscape and an increasing number of mega funding rounds. We can be really proud of the ecosystem we have built, and the strength and calibre of this year’s Top 100 list demonstrates that this is only the beginning of another impressive year for European tech.

The most promising scale-ups will be awarded on stage at VivaTech, as part of the "Next Unicorn Awards 2022". The Next Unicorn Awards judging panel, consisting of senior representatives from unicorns, VCs, key ecosystem players and VivaTech founding partners will select the winners in the following categories: Fintech, Marketplaces, Enterprise Saas, Digital Media, AI, Deeptech & Big Data and Coup de Coeur Prize, which will be announced in June. Previous winners include Vinted, OpenClassrooms, Sorare and Tessian among others.

As part of the event, GP Bullhound will publish exclusively, in partnership with Viva Technology, the 2022 edition of its annual report "Titans of Tech" analysing  for the eighth consecutive  year  the growth  of the major European  technology companies and  highlighting several  key  players in  its  ecosystem with  the  potential to achieve  the status of "Titan" -  a valuation of more than 50 billion dollars.

VivaTech is the biggest startup and tech event in Europe and is recognized worldwide as a powerful catalyst for business transformation, startup growtch and innovation for the common good. Since 2016 VivaTech has brought together in Paris the world's top business leaders, startups, investors, researchers, and thinkers for a unique experience combining inspiration, networking, and a showcase for innovation. Starting with the 2021 edition VivaTech is now enriched with a digital platform that connects a global community of innovators. The sixth edition of VivaTech is taking place June 15-18, 2022. More information available at https://vivatechnology.com/media and @VivaTech

GP Bullhound is a leading technology advisory and investment firm, providing transaction advice and capital to the world’s best entrepreneurs and founders. Founded in 1999 in London and Menlo Park, the firm today has 10 offices spanning Europe, the US and Asia. For more information, please visit www.gpbullhound.com.