The CNRS at VivaTech : meet CNRS researchers and discover startups derived from their laboratories 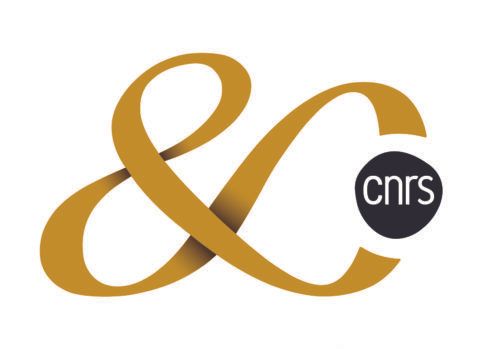 The CNRS will, for the first time, take part in VivaTech from May 16-18 in Paris. Its researchers, startups, and technologies will be present at this global tech fair held in Europe.

Come and meet them on Friday, May 17, from 10:00am, in the presence of Antoine Petit, CNRS President and CEO, Jean-Luc Moullet, CNRS Chief Technology Transfer Officer (DGDI) and Johanna Michielin, CNRS Innovation Director.

With nearly 100 startups created each year, 5,800 patents, 1,400 active licences, and 20 framework-agreements with CAC 40 companies, the CNRS is a major actor in Deep Tech in France

Viva Technology (VivaTech) promotes collaboration between major companies and startups in an effort to share the technologies of the future with a broad public. For Jean-Luc Moullet, the new CNRS Chief Technology Transfer Officer, this event highlights the organisation's commitment to developing startups that find applications for the results produced in its research laboratories. The variety and quality of the startups that will be present illustrate the diversity and wealth of research conducted at the CNRS.

Registrations before May 15, 2019 with Alexiane Agullo: alexiane.agullo@cnrs.fr

- Visit of the robotic space with the PhantoMovControl project (a robotic arm prosthesis), the Antbot robot, and the startup Drone Interactive

- Presentation of the Jean Zay supercomputer from the CNRS Institute for Development and Resources in Intensive Scientific Computing (IDRIS) on the Hewlett Packard stand (with Genci, Hall 1 - location D30)

And much more to discover at VivaTech!

To find out more about the startups present at the CNRS stand:

Tiamat designs, develops, and produces sodium-ion batteries in a standard industrial format. These batteries could mitigate some of the limitations of the lithium-ion batteries that currently prevail, such as charging speed, lifespan, and the cost of production. Located in Amiens (northern France), this young company emerged from the French Research Network on Electrochemical Energy Storage (RS2E) led by the CNRS, and now has a few dozen functional prototypes available. Some of them, including an electric scooter, will be displayed at the CNRS stand.

Miniaturised low-altitude satellites represent the future of global connectivity and real-time Earth monitoring. ThrustMe enables this new space industry to be economically and environmentally sustainable by developing and marketing electric propulsion systems, which will be on display during the fair. This startup was founded in 2017, and emerged from the Laboratoire de physique des plasmas (CNRS/Ecole polytechnique).

Curve One specialises in the production of curved sensors for the drone, autonomous vehicle, and photography and video camera markets, as well as for astronomy and scientific instrumentation. Its sensors improve clarity, reduce distortion, and eliminate vignetting (the dark corners present on certain photos). Based on the expertise of the Laboratoire d’astrophysique de Marseille (CNRS/Cnes/AixMarseille Université), Curve One proposes a comprehensive solution for boosting images, and will be on display at VivaTech.

The startup Greenerwave, a spin-off of the Institut Langevin (CNRS/ESPCI Paris), has designed an intelligent and low-cost metasurface to control waves. This innovation, presented at VivaTech, will make it possible to develop flat satellite antennas with electronic reconfiguration to bridge the digital divide, ultra-high resolution radars for autonomous vehicles or RFID infrastructures for real-time inventories.

The result of research carried out at the laboratoire Modèles et simulations pour l'architecture et le patrimoine (CNRS/Ministère de la Culture), Mercurio proposes a scanner that can quickly and autonomously create realistic 3D models of works of art of all sizes, ranging from a vase to a sculpture. It offers an unprecedented means of enhancing museum collections. Demonstrations of their scanner will be performed throughout the event.

Based on research conducted at the Laboratoire d’hydrodynamique (CNRS/Ecole polytechnique), Sensome has developed ultra-miniaturised sensors that use artificial intelligence to identify the biological nature of tissues in real time. Integrated in the intravascular Clotild™ probe, their technology can, for instance, categorise blood clots in order to help doctors during the treatment of an ischemic stroke.

SpinD Gold is an innovative combination of gold and tungsten. This novel material was obtained in connection with research in spintronics (a field seeking to exploit magnetism in electronics), led by Cyrile Deranlot and Albert Fert, winner of the 2007 Nobel Prize in Physics, at the Laboratoire mixte de physique CNRS/Thales. Used by the startup DAUMET, this new white gold is the whitest gold alloy ever obtained. Its brilliance and colour are first-rate in comparison to any other white gold on the market, and its composition based on tungsten makes it an environmentally friendly material. It is intended for the luxury goods and jewellery industries.

Bio Inspir’ studies the depolluting qualities of certain land and aquatic plants. This startup is especially interested in water mint, a small plant native to the southern French Occitanie region that has exceptional capacities for purifying water containing metallic and organic elements. Used in the form of a powder or alive, this plant can purify contaminated water directly at industrial sites. Bio Inspir’ finds industrial applications for the research conducted by the laboratoire de Chimie bio-inspirée et innovations écologiques (CNRS/Université de Montpellier).

CNRS researchers will also be present in the robotics area:

Approximately 75% of individuals with an amputated arm possess mobility in their phantom limb. Basing themselves on this information, researchers from the CNRS, Aix-Marseille Université and Sorbonne Université, in collaboration with doctors from the IRR in Nancy, have developed a prototype that uses muscle activity to detect the movements of the phantom limb and reproduce them in a prosthetic arm. The prototype will be on display at VivaTech. This intuitive and natural approach for prosthesis control requires neither surgical intervention nor learning on the part of patients.

Inspired by the desert ant, which has a reputation as an extraordinary solitary navigator, researchers from the CNRS and Aix-Marseille Université have developed the first robot with legs that can move without GPS. AntBot will randomly explore the robotics area of VivaTech before automatically returning to its base, without GPS or cartography. Its secret is a celestial compass sensitive to polarised light, which allows it to find its way.

This startup from the GIPSA-Lab (CNRS/Grenoble INP/Université Grenoble Alpes) in Grenoble (southeastern France) seeks to revolutionise the amusement park industry by combining intuitively piloted drones with video games in mixed reality, in order to propose multiplayer attractions available to a broad public. GIPSA-lab’s algorithms help safely pilot the drone by ensuring it remains within authorised areas and by avoiding collisions. A new recreational experience that can be enjoyed during VivaTech.

About Viva Technology - In only 4 years, VivaTech has become Europe’s biggest startup and tech event and is recognized worldwide as a powerful catalyst for business transformation, startup growth and innovation for the common good. VivaTech brings together in Paris every year business leaders, startuppers, investors, researchers and thinkers from around the world for a unique experience combining inspiration, networking and innovation discovery. Starting 2021, VivaTech will be enriched with a digital platform that will bring together an even larger community of innovators. In 2019, VivaTech had already reached 231 million people worldwide, bringing together 124,000 visitors including more than 13,000 start-ups, 3,000 venture capital firms and 2,500 journalists from 124 countries. The 5th edition of VivaTech will be held on June 16-19, 2021.

For more information https://vivatechnology.com/media/ and @VivaTech