VivaTech Tech Radar: From Races for Electric Flying Cars to Data Stored in the DNA of Plants 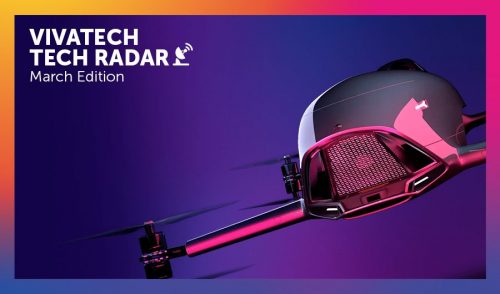 Every month, we take a look at the most interesting tech news and share the most intriguing innovations we’ve spotted! Here’s our March edition.

What’s happened in the past few weeks in the world of innovation?

We’ve seen Microsoft unveil Mesh, its new holographic virtual collaboration tool which could reinvent the future of work. Scientists working for the Pentagon tested a solar panel which will one day send electricity to any place on Earth. This solar panel can capture solar energy that does not pass through the atmosphere, making it more powerful. NASA’s rover Perseverance started its mission on Mars after its successful landing. All eyes are on the rover and we can’t wait to see what it will discover on the Red Planet. Alphabet leaked details of its X Lab project Wolverine, a speech isolation gadget. The product offers the possibility of listening precisely to a speaker in a group where the voices would overlap, even at a long distance. Researchers from the University of Buffalo presented their work on a rapid 3D-printing method to make 3D-printed organs. According to a co-author of the study, the tech will “signiﬁcantly reduce part deformation and cellular injuries caused by the prolonged exposure to the environmental stresses you commonly see in conventional 3D printing methods”. But most importantly, we’ve also spotted some interesting and surprising innovations.

Radar switch on! Here we go:

> Tactile devices for blind or visually impaired people by Dot. Founded in 2015, the South Korean startup has developed several braille products like the Dot Watch. Recently, they created the Dot Pad, a tactile display with more than 2400 braille dots which allows users to have access to web information such as their emails or e-books more easily. We think it's a great example of how technology can respond to policies on accessibility and digital inclusion.

We wanted to tease you about how you will be able to discover innovation online in June at our hybrid 5th edition. You can preview below a 3D model of the Dot Watch. This feature will be available for a majority of the innovations.

> Last month, we presented a holographic display which could revolutionize the way we interact at work. This month, we’re showing you a ready-made innovation by the French startup La Vitre. With its human-size screen, the startup wants to create more natural interactions and smart collaboration between employees by allowing standup meetings or more informal meetings. These are sadly lacking with the boom in remote working we have all experienced. The screen enables brainstorms or presentations with working tools directly on screen. Stay tuned, you may find La Vitre at VivaTech sooner than expected! 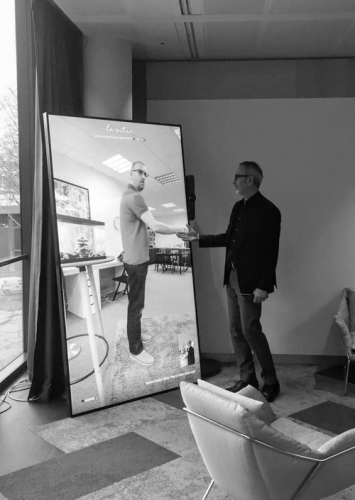 > Grow Your Own Cloud explores the relationship between data and nature. Their latest work has made it possible to store digital data in the DNA of plants. They have been able to code text, images and music using the 4 molecules of DNA (ACGT) rather than the binary system of electronic components. Using biotechnology, DNA data science could solve the problem of exponential data growth and its environmental impact: plant organisms release oxygen, data centers CO2. 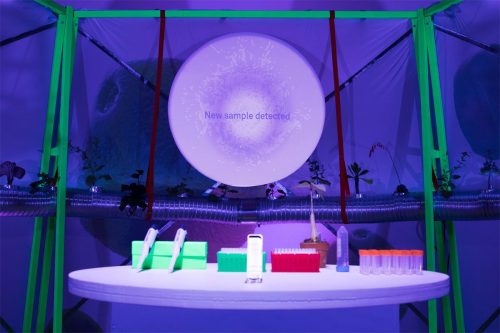 Photo credit: Grow Your Own Cloud

> The anti-tremor bracelet from the Dutch startup STIL. Once worn, the bracelet stops uncontrollable shaking by using a technology similar to noise cancelling which applies reverse movements to solve this issue.

Nearly 22 million people worldwide are affected by tremor symptoms, a figure that has been trending upwards significantly over the past few decades. Unfortunately, current treatments have little effect, but hopefully not for much longer! 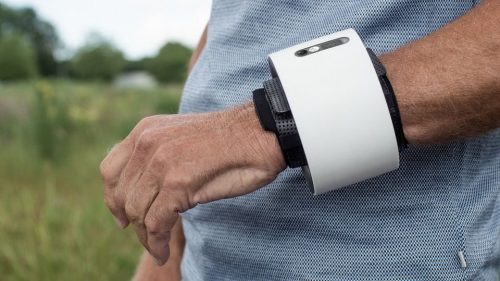 > A race for electric flying cars. This is not the next sci-fi blockbuster but rather, the project of the Australian startup Airspeeder. Their goal is to create the world's first flying car league with the collaboration of the manufacturing startup Alauda Racing. After raising funds from Acronis and DHL, they plan to give the go-ahead for the first race with human pilots next year. By creating these races, Matt Peason, CEO of Airspeeder, wants to stimulate innovation, like for aeronautics in the early 20th century, to eventually make flying cars accessible to everyone. 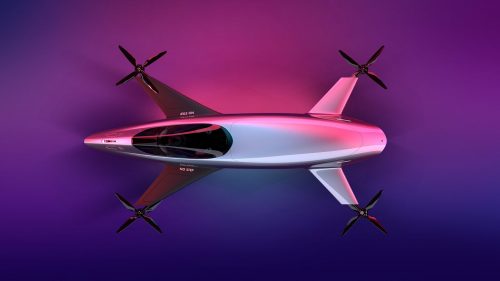 The VivaTech Innovation Team continues its search for the most striking innovations, making sure you’ll be able to discover many at VivaTech 2021. We already met some astonishing projects and look forward to giving you a glimpse of what to expect in June!

Tune in next time to find more and don’t hesitate to check out weekly Tech Radar discoveries and more insights on our official instagram account!