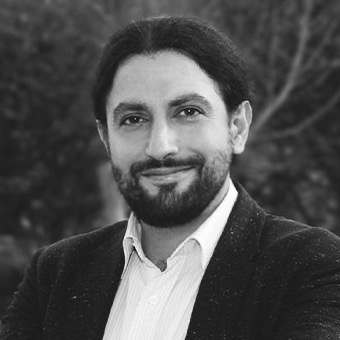 Viva Technology chose Epresspack a few weeks ago to set up VivaTech’s newsroom. As PR and earned media have boomed in the context of the pandemic, Epresspack's CEO, Antoun Sfeir, shares here his vision of the evolution of the press relations profession and reminds us of the communication needs of startups.

Why and how to accelerate new communication practices?

More channels, more content, more formats, the profession of public relations is no longer the same. It has accelerated, become more complex and I am struck to see the Communication Directors become real bosses of media, at the head of several channels with audiences which sometimes amount to several thousand.

This revolution has yet changed nothing in the benefits of the profession for a century: the image, the notoriety, the reputation, the connection are the business accelerators. They have a value, intangible of course, but a full value that should be highly considered.

What are the communication needs of startups?

The same as those of a big company - that is to say communication in the service of business - but with less money and less time. Developing your client portfolio, attracting investors, closing deals, motivating partners, recruiting employees, engaging with communities… remain intangible. Except for the fact that for startups, everything is about survival and urgency.

As a priority, I strongly advise them to quickly position themselves as an expert in their field, to invest in content with high added value, non-commercial content as well as tools that transform their audience into an attentive audience, which measure the KPIs of their actions. And as the disciplines think for them with even greater acuity as a whole (branding, advertising, PR, promotion, loyalty CRM, sponsored content, digital and social networks ..), it would be advisable to enlist the services of a global agency on a human scale or outsourced experts who provide 360 ​​° advice, at least at the start.

Admittedly, this requires a budget and resources to allocate, but in their difficulties, startups have a chance. The web devouring news, portraits, and success stories and the appetite for French Tech that is revolutionizing our lives multiply the windows. It is up to them to emerge in this flood of public speaking where competition is fierce.

What is your vision of the PR profession in the future?

While the crisis has strengthened traditional media brands and reduced communication and marketing budgets, advertising is suffering, and PR and earned media are booming. The forced digitalization of businesses and communication does the rest. It opens greatly the doors to the latest tools, proprietary and secure digital newsrooms, which edit rich-media content, certify and disseminate it, with a high-quality standard, to qualified lists of journalists, influencers and others. Because when you are a tech company, you can only choose solutions that reflect your image.

Combining his expertise in the treatment of corporate information, and his capacity for innovation, Antoun Sfeir founded, in 2011, Epresspack.
The latter offers an innovative software solution for rich media content, 360° communication, and contact management, LIVEROOMS video conferencing systems.
To date, Epresspack has more than 300 customers across Europe, as well as 4 sales offices situated in Paris, Milan, London and Madrid.