The price of bitcoin, the cryptocurrency that sprang into existence more than a decade ago, has soared over the last year to more than 50,000 dollars. That is good news for investors, but bad news for the climate. As demand has risen, so has mining for more bitcoins, which require heavy internet server use, driving up the bitcoin network’s energy consumption.

According to the Cambridge Bitcoin Energy Consumption Index at the Judge Business School at the University of Cambridge, the network now uses about 120 TWh of energy annually, or as much electricity as Argentina and more than the Netherlands. Bitcoin is hardly unique. The increasingly insatiable appetite for all types of technology, including faster and better communication networks (5G), cloud services, streaming services like Netflix, electric cars, and much more, has led to an explosion of energy consumption in recent years.

Though global energy demand fell last year by an estimated 6 percent because of the pandemic, according to the International Energy Agency (IEA), with global CO2 emissions falling by 8 percent, 2020 was still tied for the warmest year on record.

To reach the target laid out in the 2015 Paris Agreement, global greenhouse emissions would have to decline by one-third by 2030, or the equivalent of living through another three or four years of the pandemic. That is unlikely. Instead, the IEA is forecasting that energy demand will rebound this year as the crisis ebbs, with global electricity consumption, which fell 2 percent in 2020, rising by 3 percent this year.

And, at the moment, demand is predicted to get worse, much worse. Anders Andrae, a Swedish researcher, estimates that global consumption of information and communication technology could account for 20 percent of electricity use by 2025.

Technology is an essential part of the solution

Given the existential threat posed by rising greenhouse emissions and climate change, are technology advances bad for the planet? Should people be figuring out how to use less technology instead of more?

Absolutely not, says Jennifer Holmgren, chief executive of LanzaTech, a company that turns CO2 emissions by factories into fuel, thereby reducing emissions. Though technology use overall has undoubtedly increased emissions, it also is not to blame. "I think we need to decouple technology advances from climate change. In some ways, I would argue, that is a false choice," she said. 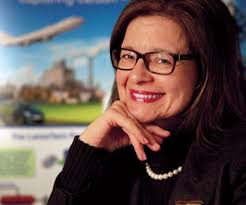 While there are clearly issues with how technology is used and some of the choices that people make -- Ms. Holmgren cited bitcoin as an example -- it is not as if the problems of climate change would magically go away if technology advances were to stop. People need to change their behavior, to stop being the "buy everything, throw everything away society." Since that is not likely to happen and there has already been so much damage, there needs to be a quantum leap forward to make progress. That is where technology comes in.

Ms. Holmgren said, "Technology is our only hope because technology is the only thing that we have got that is transformative."

In that context, the Tech for Good Summit started by French President Emmanuel Macron in 2018, which unites government actors and big corporate and non-profit players in technology and other sectors to bring about positive social change and environmental sustainability, will have a critical role to play. As part of that global initiative, the recent Tech For Good Call, which VivaTech’s managing director Julie Ranty signed, is an important step forward, uniting 79 leading technology actors, so far, to commit to important objectives.

Ms. Holmgren’s company is an example of how technology can be put to use to address the problems of emissions. LanzaTech’s factories remove CO2 produced by steel factories by sending the gas through a compressor where bacteria convert the emissions into ethanol. LanzaTech’s first factory is in China and a second one will open there within the next two months. It will have three more up and running in the next two years – two in India and one in Europe at an ArcelorMittal complex. 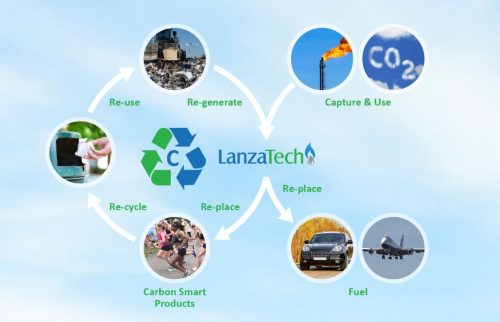 Carbon capture and manufacturing of biomass energy sources, the core elements of LanzaTech’s business, are only two of the many technologies and approaches that are being developed and harnessed to fight climate change. They include renewable energy produced by solar, wind and hydroelectric plants; products and designs that improve home and office energy efficiency; materials that can be used in construction and manufacturing that have a smaller carbon footprint than fossil-fuel based products; and substitutes for crops that have often been produced by cutting down rainforests.

In some cases, technology developed for other purposes is being put to use finding green solutions. An example is Dendra Systems, a British company that uses drones and artificial intelligence to identify land that can be rehabilitated and restored for purposes of restoring biodiversity.

There are also technologies being developed that could significantly reduce overall power consumption. Among the most revolutionary possibilities are quantum computers, which are on the cusp of a breakthrough. Not only would these computers be thousands of times more powerful than the best machines currently in existence, they will consume far less energy because their processors will be superconducting, meaning they have no electrical resistance and produce little or no heat. In turn, quantum computers could also be used to power artificial intelligence research into more effective climate solutions.

To be sure, not every new technology, even those which provide solutions to reduce emissions, is trouble free. Electric vehicles use batteries which need rare earths and minerals. The mines for those materials can cause catastrophic environmental damage.

Benjamin Tincq, cofounder and chief executive of Good Tech Lab, a firm that specializes in research and development of climate technology and startups, said, "We need innovation more broadly along the value chain of critical metals like cobalt, lithium, nickel, copper or manganese, from using machine learning on geophysical data to identify deposits which can be mined more sustainably, to next-generation extraction technologies which are both more economical and less destructive of natural ecosystems, and of course, recycling technology to reuse precious metals from batteries and electronics." 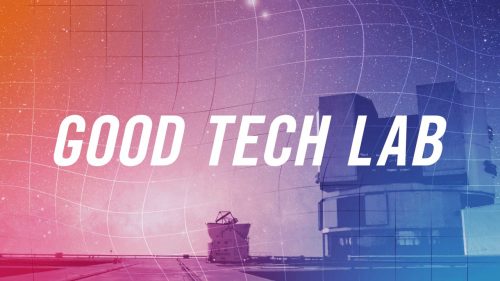 Like Ms. Holmgren, Mr. Tincq believes that there is no one solution or panacea to the problem. He said that technology is part of a triptych of approaches to combating climate change, approaches that must include changes in personal behavior and good policy making.

There is a long way to go to meet the emission targets that scientists say are necessary to live in a sustainable world, but experts like Ms. Holmgren and Mr. Tincq agree that new technologies will be developed to achieve the goals.

Indeed, the IEA says that of the technology solutions that could lead to a reduction of 35 percent of gas emissions by 2070, about 40 percent is only now being put into use and about one-third is in early stages of development. Mature technologies, like solar and wind, which already seem so ubiquitous, represent only about one-quarter of the path to the 35 percent reduction.

Mr. Tincq, who is preparing to launch a new venture program this summer that will support entrepreneurial scientists and engineers in building climate tech companies in Europe, said that the entire economy must be rebuilt to be more sustainable. Obviously that will not be easy, but given the incentives, and the growing clamor by consumers for green products and green energy, it should be possible. "Building the industrial economy of the 21st century is a trillion dollar market between now and 2050. There is a lot of money to be made," he pointed out.

Of course, it is impossible to predict what the new technologies or the new economy will look like. "Ten years ago, we were making fun of solar panels. ‘Oh, it is not going to amount to anything.’ Now you can’t go anywhere without seeing a solar panel," Ms. Holmgren said. "Technology grows exponentially. It is all about doubling. And because it is doubling, stuff that looks ridiculous turns out not to be ridiculous.