Startups, Rise to the Challenges! 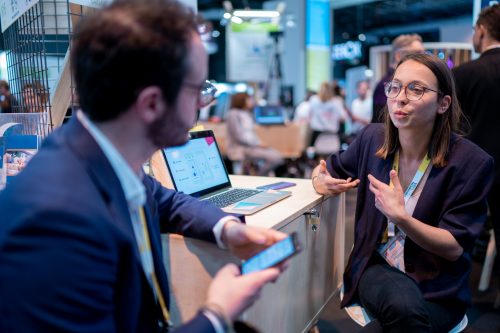 VivaTech’s Managing Director Julie Ranty explains what startups, as well as the established companies hosting them during the three days of Viva Technology, can expect from this year’s edition of VivaTech’s Startup Challenges.

The deadline, February 28, is approaching – why do you think startups should be interested in signing up for the VivaTech Startup Challenges?

The Startup Challenges are the most efficient way for a startup to engage in really concrete collaborations with large companies. At Viva Technology we have more than 30 partners who launch open innovation challenges that focus on their main business issues. For instance, we have RATP looking for new mobility solutions, or Huawei inviting startups to create applications for global digital inclusion, or Sanofi looking for innovative ways to identify and diagnose diseases. They are looking for solutions that will help them tackle their real business challenges. If you have founded a startup and you are willing to sign concrete deals that can really transform your business – because they will increase your funding pipeline and increase your business opportunities big-time — VivaTech is the best way to do it.

Since the very beginning when we created VivaTech, we have wanted to break the barriers between startups and large companies to get them to work together. We truly believed and still believe that this kind of open innovation and collaboration is the best way for startups to accelerate their growth. Because they will increase revenue, they will find business partners, and they will develop their business. For large companies, they will accelerate their digital transformation because they will fast-track new solutions that maybe would have taken months or even years for them to develop in-house. They can be bolder because they don’t have to go through the usual internal product or service channels. They can test it on the side and they can be far more innovative. This can also change the way they collaborate internally because they are going to test new ways of working when they work with startups. It's really a win-win situation. 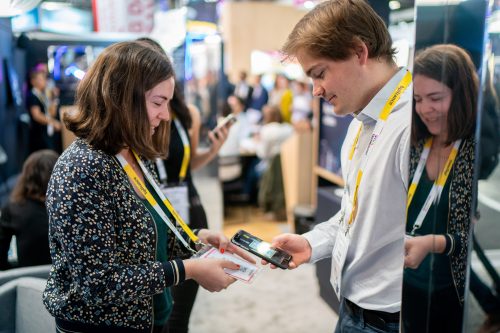 What’s new or different about this year, which is VivaTech’s fifth anniversary?

When we created VivaTech five years ago many startups were developing thanks to the very efficient work of the BPI [the Banque publique d'investissement, France’s Public Investment Bank] and the various other ingredients that were in place. This was the beginning of the rise of the French and European tech ecosystems. Startups were in their early stages. Five years later we are really seeing real evolution. The startups applying to the challenges are more mature. They have tested their concept, they have proven their efficiency, and they want to deploy their solution or their product. That’s good because that's also what the corporates are looking for. They don't merely want to develop a proof of concept or just do a small test with a small startup. They have identified the startups who could turn out to be real business partners, who just might be as efficient as a big partner but who also might be quicker, cheaper and more interesting to work with. So we are really noticing a different relationship [between startups and established companies] and it's even more valuable now, with much more business impact on both sides.

Startups that are more mature and have become scaleups are facing three major challenges now. The first is capital. They are looking for big-ticket funding. It’s coming but it’s not in the bag. They are looking for funding upwards of 50 million euros, and we should have more European funds that are able to invest that kind of money in European startups. The second challenge is the hunt for talent. You need the right skills and the right people – people that are not only able to create a startup but who can then manage hypergrowth, take decisions quickly, manage from five to 100 people or more. The founders may realise they need some help. When you grow, you want to grow on an international scale, so you also need talents that are able to make your startup an international company. The third challenge is about regulation and our capacity to build a European market. Obtaining work permits, taxation, the kind of packages companies can offer prospective employees – we need to have a far more harmonious way of doing business in Europe so that it's easier [for a company] to develop throughout Europe without having to develop in 27 separate countries. These are exactly the themes we are going to tackle at VivaTech this year. 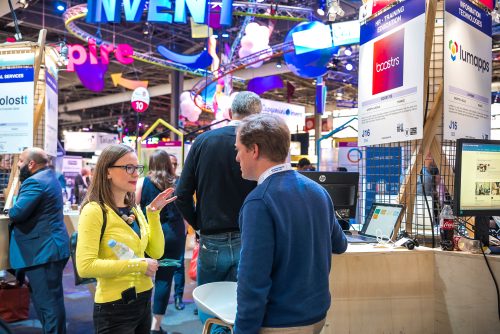 VivaTech is an important annual event in Paris, but what can you say about VivaTech’s role as an international platform?

We were born here in Paris, and our development is in part due to the dynamism and the attractiveness of the French tech ecosystem, which has been booming over the past five years. Five years ago the amount of money raised by French startups was around 2 billion euros, now it’s 5 billion. But the ambition of VivaTech since the beginning is to be the gateway to Europe for the rest of the world. We want to gather all the European players, from startups to large companies, and connect them with the American, Asian and African markets. So what's in it for French startups? It’s that connection with those International players. A startup from Spain might embark on a new collaboration with a German corporation – Volkswagen, to use an actual example from VivaTech. It's also a way, of course, to engage collaboration with big French companies, such as LVMH and BNP, who do business around the world. So VivaTech is truly an international marketplace! We have more than 2,000 exhibiting startups. Last year 40% of those were from outside France. 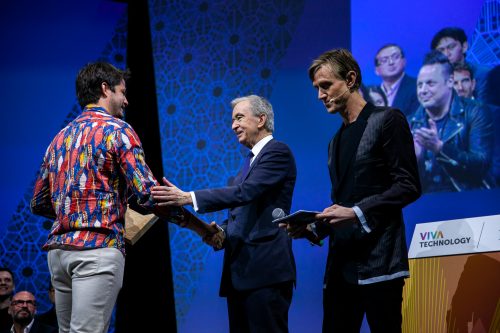 What immediate benefits do the Startup Challenges offer?

If a startup is selected by an established company to take part in the Startup Challenges, the startup wins a free booth to exhibit alongside the established company at VivaTech. But the selection process itself is very valuable. It forces the company to convene a high-level jury with operational people who say, “OK, we want such-and-such startup to be in our Lab [booth at VivaTech] because we’re interested in potentially developing a collaboration with them.” So it's already a first sign of interest. It’s also a way for startups to be connected to all the visitors and media of VivaTech. What all the startups tell us is that attending the three days of VivaTech equals 3 to 6 months of prospection for them! So just attending VivaTech is a great way to generate business apart from what happens on a particular Lab. Our partners take very seriously their commitment to VivaTech and to the startups. Over the past four years we have seen a huge number of collaborations that result after the Startup Challenges, after the startups are hosted on the Labs at VivaTech. Maybe the startups sign a distribution contract, take advantage of concrete business opportunities, raise funding from corporate venture capital, benefit from a mentoring program, are hosted by the company’s incubator. However you look at it, VivaTech’s Startup Challenges really are a great accelerator for startups. 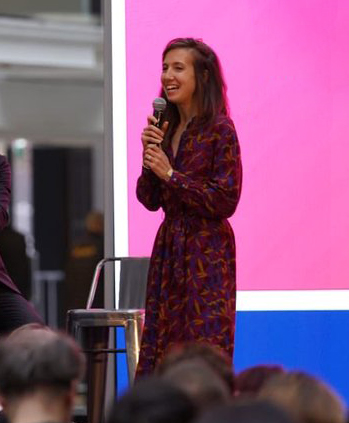