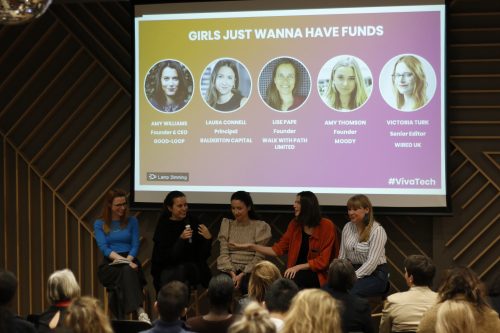 The money has been flowing into European tech startups – but almost exclusively to those startups run by men. You read that right: In 2019 only €8 in every €100 in Europe went to founding teams that had at least one woman. And it gets worse: Funding for mixed-gender and women-only teams has actually been decreasing over the past four years. On a global scale, only 3% of money raised is allocated to female-founded startups – that’s about €1.4 billion out of €50.7 billion.

Fact is, this persistent gender imbalance makes zero sense. It’s well-known that female-founded digital startups outperform male-founded ones. So why aren’t VCs putting their money where their bias is? That, ladies and gentlemen, is the billion-euro question. 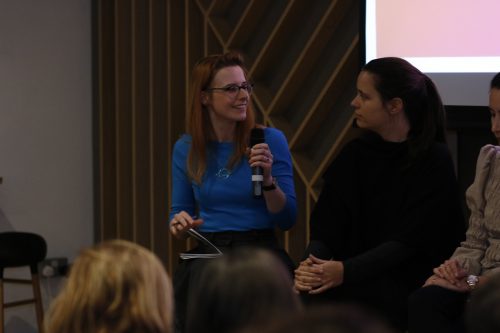 Until the investment community wakes up – until female founders start getting their fair share of the funding pie – we’ll keep driving this conversation forward. That’s what we have been doing for the last five years, and we’ll be doing it again this June at Viva Technology in Paris. And that’s why the VivaTech Tour has been travelling to cities around the globe – spreading the word that the tech sector is long overdue for a gender-parity upgrade.

During our VivaTech Tour meetup in London, for example, we hosted three startup founders and one VC. All of them were women, all of them shared valuable insights on tech’s gender problem. Here are a few excerpts from our discussion (and a big thanks to Wired senior editor Victoria Turk for moderating): 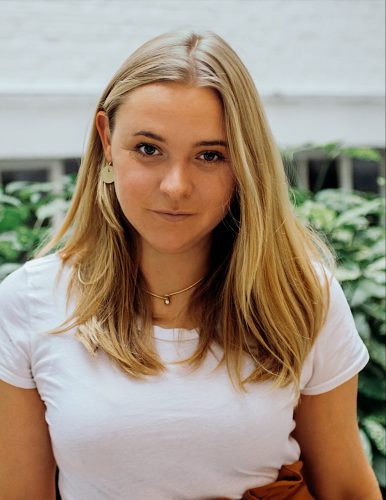 Amy Thomson, co-founder of the popular monthly menstrual cycle-tracking and advice app, Moody:
“We [recruited] an all-female engineering team, which did take a lot longer. The reason being that, when you’re coding the experience of a hormone cycle, from the perspective of the moods and the symptoms that [women] go through, each phase, it’s much easier to code something if you have the experience… I am not an engineer myself but it was an important part of what we built. We’re trying to do media training with all the engineers. I'm trying to build a framework so they can feel comfortable and confident to speak about what they’re building and why they’re building it. I feel slightly conflicted about it sometimes. It’s not normally the experience of engineers to be front-facing, and I feel like I'm forcing some people into the limelight a little bit. But I do think representation is important. I think we all have a responsibility, to a certain extent, to put ourselves as forward as possible, even if at times it does feel a little uncomfortable.” 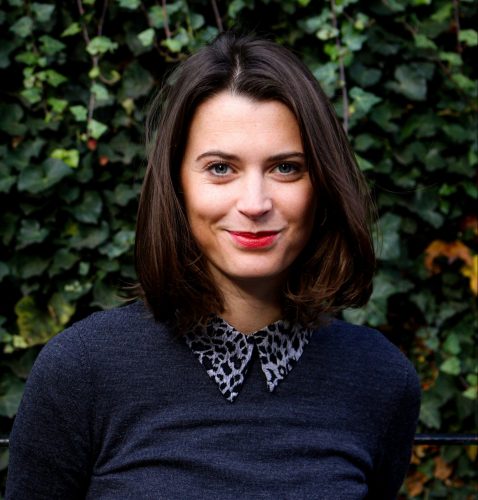 Amy Williams, founder and CEO of Good-Loop, an ethical advertising tool and a media business with a social purpose:
“I felt weird saying I was a woman in tech at the beginning – because I'm not a techie. I did psychology at university, I haven’t got a clue. But I am a woman in tech because I'm building a tech business. And I'm confident and I’m capable and I have an amazing team around me. So perhaps a helpful starting point would be reframing what is required to be in tech, what is required to be a founder. There are so many roles in building a tech business that aren’t about tech. Like leadership and collaboration. Like being able to listen and have empathy for your customer.”

Lise Pape, founder of Walk With Path, a health-tech company focused on assistive solutions to prevent falls for the elderly and people with Parkinson's, multiple sclerosis, neuropathy or stroke:
“I've been asked by teachers to come to schools to give talks to their students, nine- and ten-year-olds. It’s nice for them to see that it's not all men who are running companies, right?... Some of the female investors I meet are actually keen to support other women. Maybe it’s the same for men who are investors -- they want to support someone they identify with. There could be a real level of support [from women VCs].’ 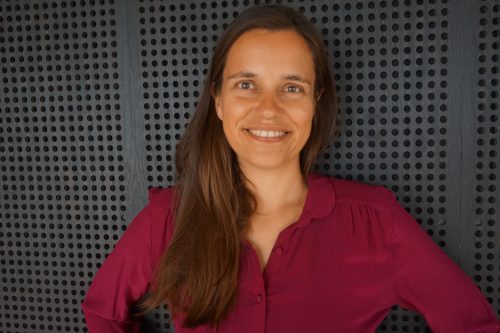 Amy Williams:
“In our seed round, which was our first institutional money, there were no women. That is massively a factor – getting more women on the decision-making side. But there are also all the opportunities I got as a female founder, the pitch events – such as sitting here talking with you right now. I’m here because I’m a woman, and I think you have to lean into that. I’ve met a few female founders who feel a bit funny about doing these kinds of panels, and I totally get why: It “others” us by having to have the word ‘female’ in front of the word ‘founder’. But you've got to grab every opportunity. Being an entrepreneur Is about hustling, and I've learnt to embrace it.” 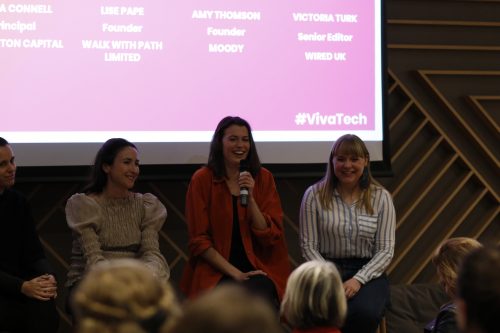 Amy Thomson:
“One of the biggest lessons I learned was that, when someone is trying to understand something that isn’t their experience, whether gendered or not, it really is your job to make it as plain and simple for them as possible. One of the major things for me was just making sure my story and what we were building was really clear. The reality was that the female experience was not clear to most of the investors we were pitching. So having to waste time explaining to them what period cycle feels like meant that I lost 25 minutes of a pitch. So my journey was as much about learning how to communicate something that wasn't someone else's experience in very simple terms.” 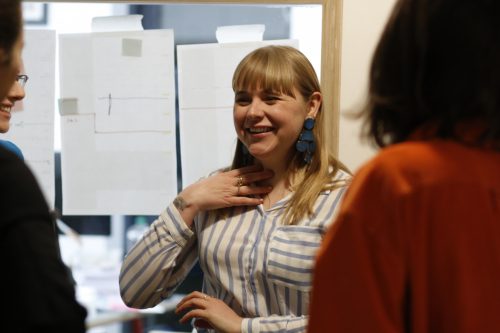 Amy Williams:
“Women [founders] get asked different questions by investors. Women get asked short-term, risk-avoidance questions, while men get asked the long-term questions. Throughout my fundraising journey – especially with the latest round, the seed round – I had to fight tooth and nail to reframe the conversation into a big-vision conversation. I had to first have every single conversation about numbers, profit, EBITDA, before I could get them to go, ‘OK, where’s the billion-dollar idea?’ And I felt I was fighting on two fronts – fighting on one hand the bias that gets in the way of founders who are female, and on the other hand, fighting the kind of uphill battle that social businesses – businesses that want to do good – often face. Building a social business has another set of assumptions around how big it can be, about how ambitious it it is – you know, ‘You have a lovely pat-on-the-back business, not a proper global, take-over-the-world business’. I was exhausted by how hard I had to fight to keep bringing the conversation back to what we were planning to become.” 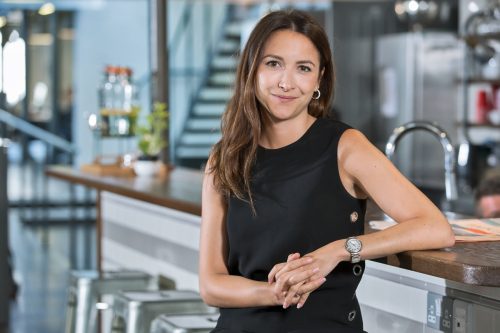 The mic was passed to Laura Connell of Balderton Capital, for the investor’s POV:

“We have got a long way to go. The portfolios of the top venture capitalists today do not reflect the underlying pipeline. We know there are fantastic female founders who are not getting funded. And it’s not about performance because we know mixed teams statistically perform better. We know there is a problem in the funding process, in the decision-making process. But the pressure is there to do something about it. Some funds, including our own fund [Balderton Capital] have standard templates in place to help with the adjustment. For example, there are questions you need to ask both female and male founders, essentially a script – you have to train yourself not to automatically default to a standard type of question. What is fantastic is that a lot of the underlying larger pension funds, the big institutional investors, are making this conversation [about gender parity] an absolutely critical part of their investment process… The winds of change are upon us.” 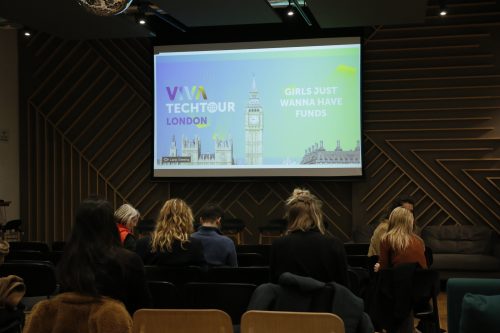